By Johan Karlström on 19 February, 2017 in adventure, Job, Johan says

Perhaps it is that a bad cold - subject to hefty depending on the victim's gender - is simply the body's signal to rest. Never, I rest and hanging out as much as when your nose runs unchecked. I would never dream of watching two sections for each other by Lars Monsen astray, in broad daylight without a “mancold” in the body. Still, I love the man!. And perhaps the physiotherapist's advice for my ever present tinnitus - a straw in his mouth like a cigarette once in a while - like. Tense jaw is never good. And apparently a smoking more relaxed in The jaw than the rest of us - nonsmokers. Always something.

It has now been a couple of weeks ago I was in the awake and thought about Anders Karlsson who was killed on the ice, I had gone through. Not exactly there for it can not know, but in the same area and in the evening light. Headlamp still loose when I tumbled around in the water and felt the ground under my skates. I can remember so I thought Anders though I did not know him. The coldness of the water, I have no recollection at all. Thanks to the headlamp still loose, I could see a large rock about ten meters towards land. I started to walk on the ground to take me there and hit me through the thin ice. Stumbling landed me sometimes with his face in the water but was quickly back up, to go with skates on a rocky bottom is not a recommendation but the option to try to take them off is even worse.

Once I took me up on a nearby rock with skates still on his feet, I began to feel that it was quite cold because I was completely soaked. I put the phone on speaker mode and called Karin that I would meet up later after Ässöns west side. At the same time I started the change standing on my arrival in the reeds. What a sight it must have been with a half-naked man, slightly elevated thanks to the stone, Headlamp with the reeds and mist thereto. When Karin with the company came skrinnandes I had been on my dry clothes except for his feet. I got help with the packing of all the wet and plastic bags to put the feet in my wet boots. When we 30 minutes later, sitting by the fire on Lindholmen and smoke fine from my wet boots everything felt ok. But the journey there on skates had felt a bit special.

I chose to go himself in something that daylight was about about. 15 minutes, but in the dark and fog was something completely different. I never do that choice. Point. 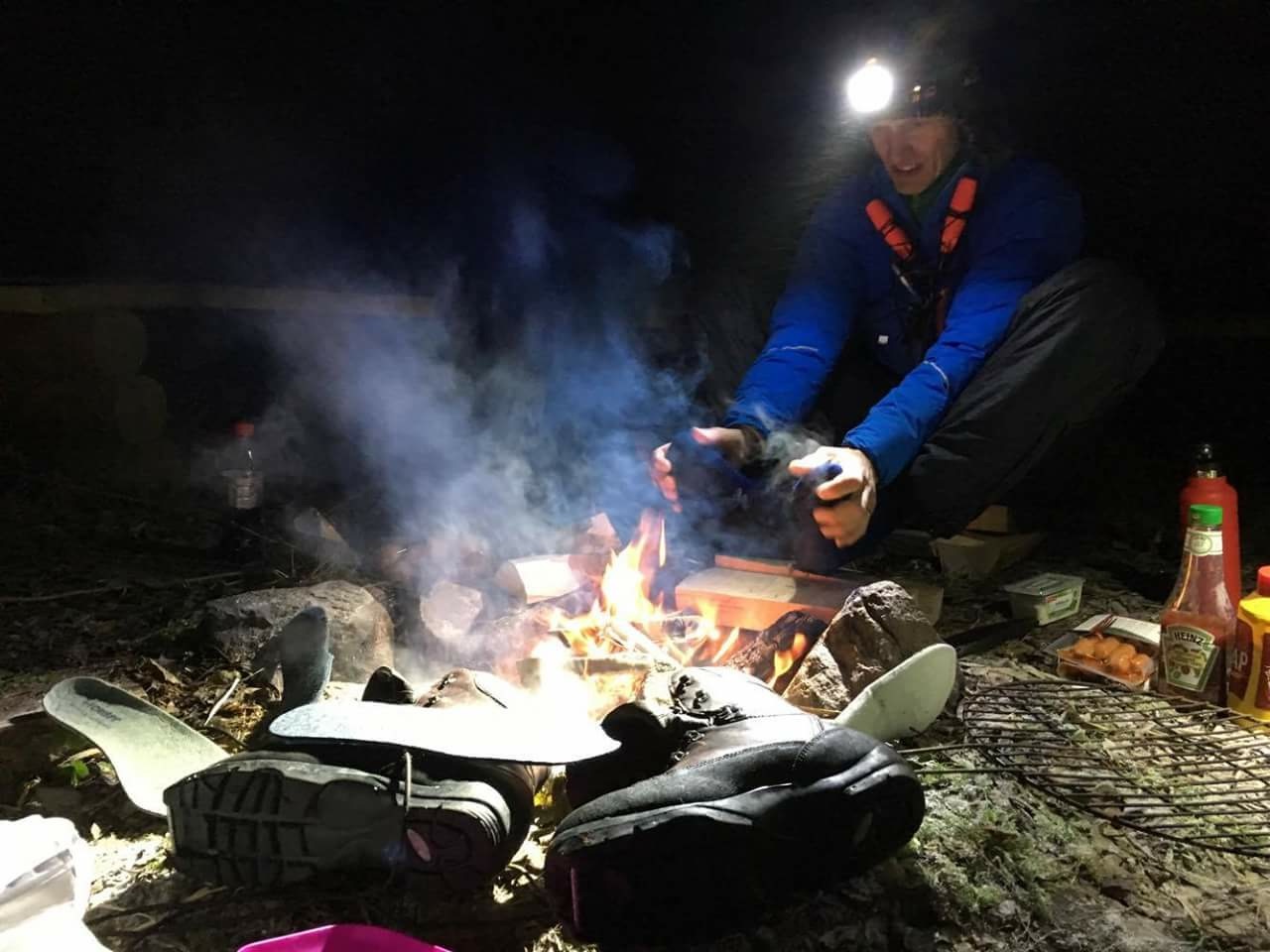 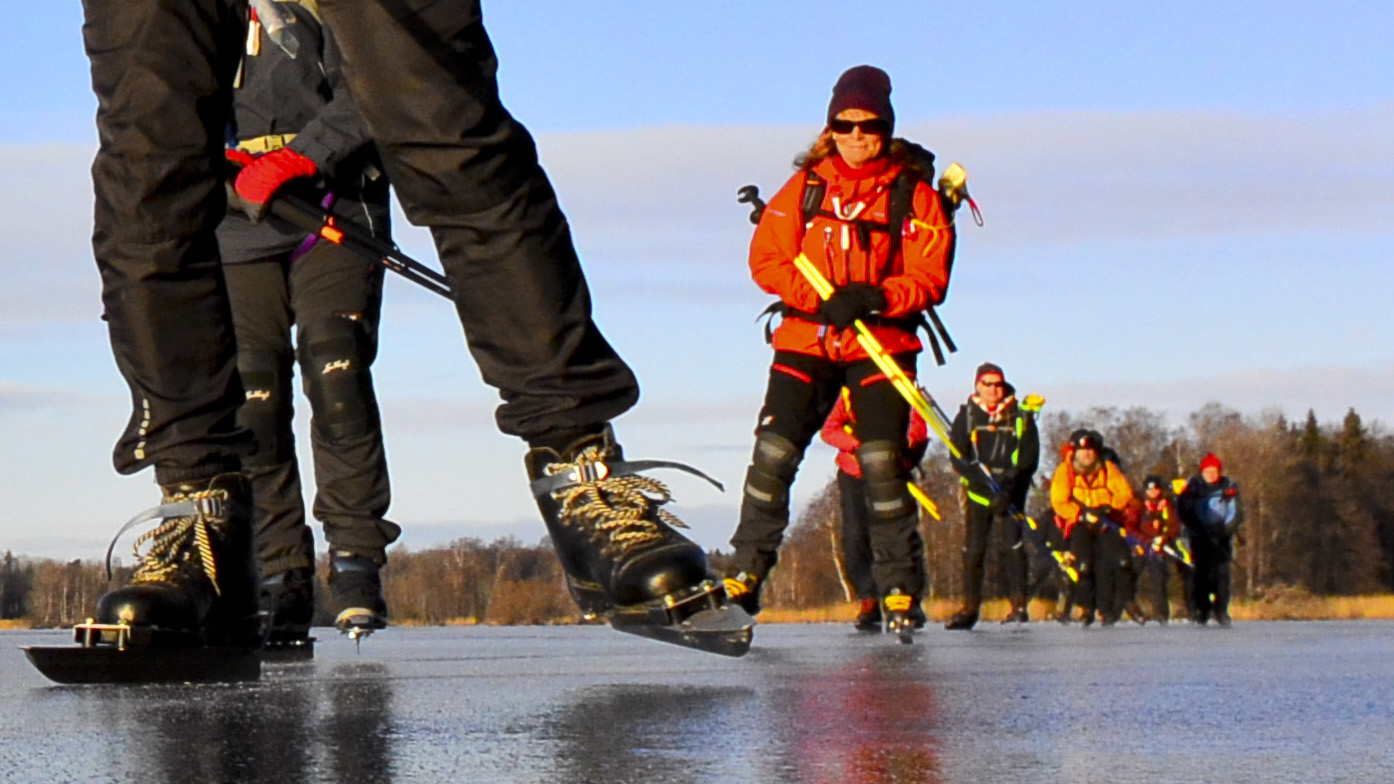 Skating in group is recommended.

I mentioned the last time I wrote something here that was new mission underway. and fr.o.m. 1:of February so I'm working as Development Manager Outdoor. The same organization as before, the same office and the same workmates but new responsibilities. The trails at large with Bergslagsleden and canoe routes in the first place but, eventually, bicycle routes. It gets a little practice what I preach with #tidutomhus & #njutomhus som motto. Now I get to develop it for others to enjoy, tourism as well as residents of Örebro County. A win-win situation where tourism and public health are developed in harmony. 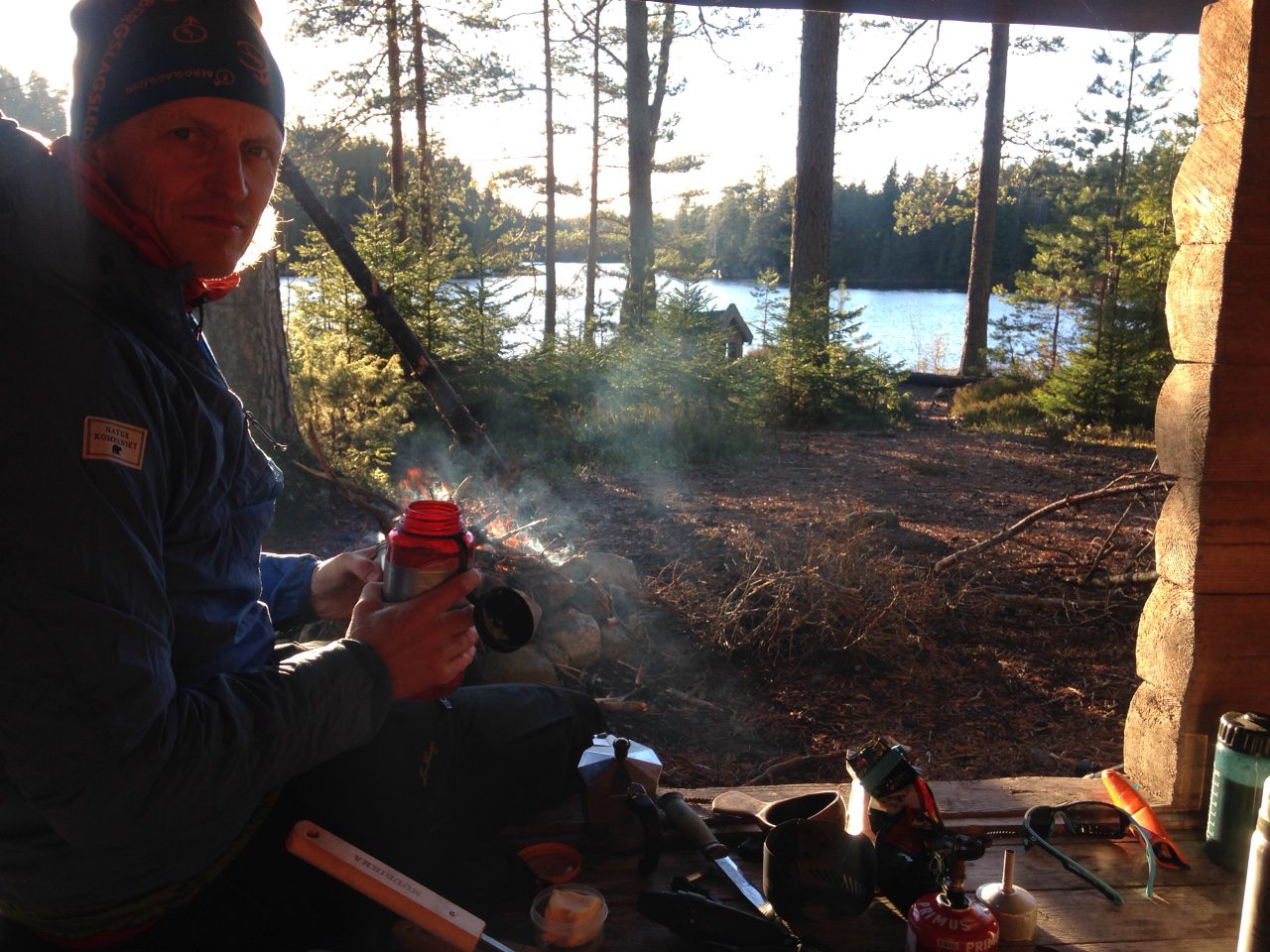 Need I say that I have fun at work.

WATER - OBVIOUSLY in our latitudes?
We cruised Aland on our way.

I am very happy with the set-up and above all that we started last winter, and it has been a long-term challenge.

Professionally, good, nice, educational…. I can probably think of more positive things, but you understand that we are completely satisfied!