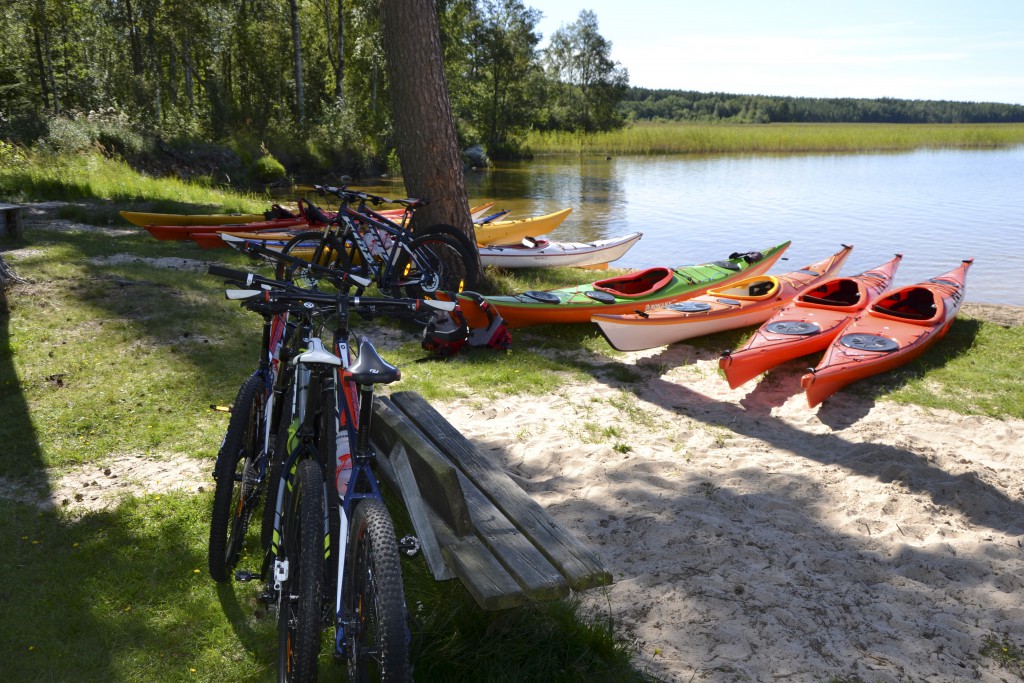 Kick Off with movement in focus.

40 pedagogues from Brunn School in Örebro spent time outdoors with us one day. read more here.

We have succeeded in our resolve to create curiosity in being active outdoors. Everyone can ride a bike, everyone can paddle was the thesis of the day. And as they paddled and cycled. Most were outside of their comfort zone all day. Even when grilled hamburger was captured with his bare hands on a picnic blanket or standing. Depending on what was going on right then.

We're completely satisfied with the event and also tipped others to do similar things with their employee groups. Smil bands were on at all staff and positive comments have poured in afterwards.
The afternoon also resulted in several people have feedback that they were and looked at MTB bikes, discovered that they have the ability to ride in the woods, they'll start paddling, Maybe buy that the kayak they thought about, so the effect has definitely become more prolonged than the hours we spent with you and your colleagues!

Strengthening adventure on Kebnekaise.
A tea shop with appetite.

I am very happy with the set-up and above all that we started last winter, and it has been a long-term challenge.

Professionally, good, nice, educational…. I can probably think of more positive things, but you understand that we are completely satisfied!