– You´re to late, says the man behind the desk when we´re about to put our bags up. We have been running throw almost the entire airport to get on that flight down to Cornwall and he has no mercy with two gentlemen who are on their way to a sea kayaking symposium. We arrived at Tregedna lodge late that night after spending 7 hours on Gatwick waiting for the next flight to Newquay airport in Cornwall. 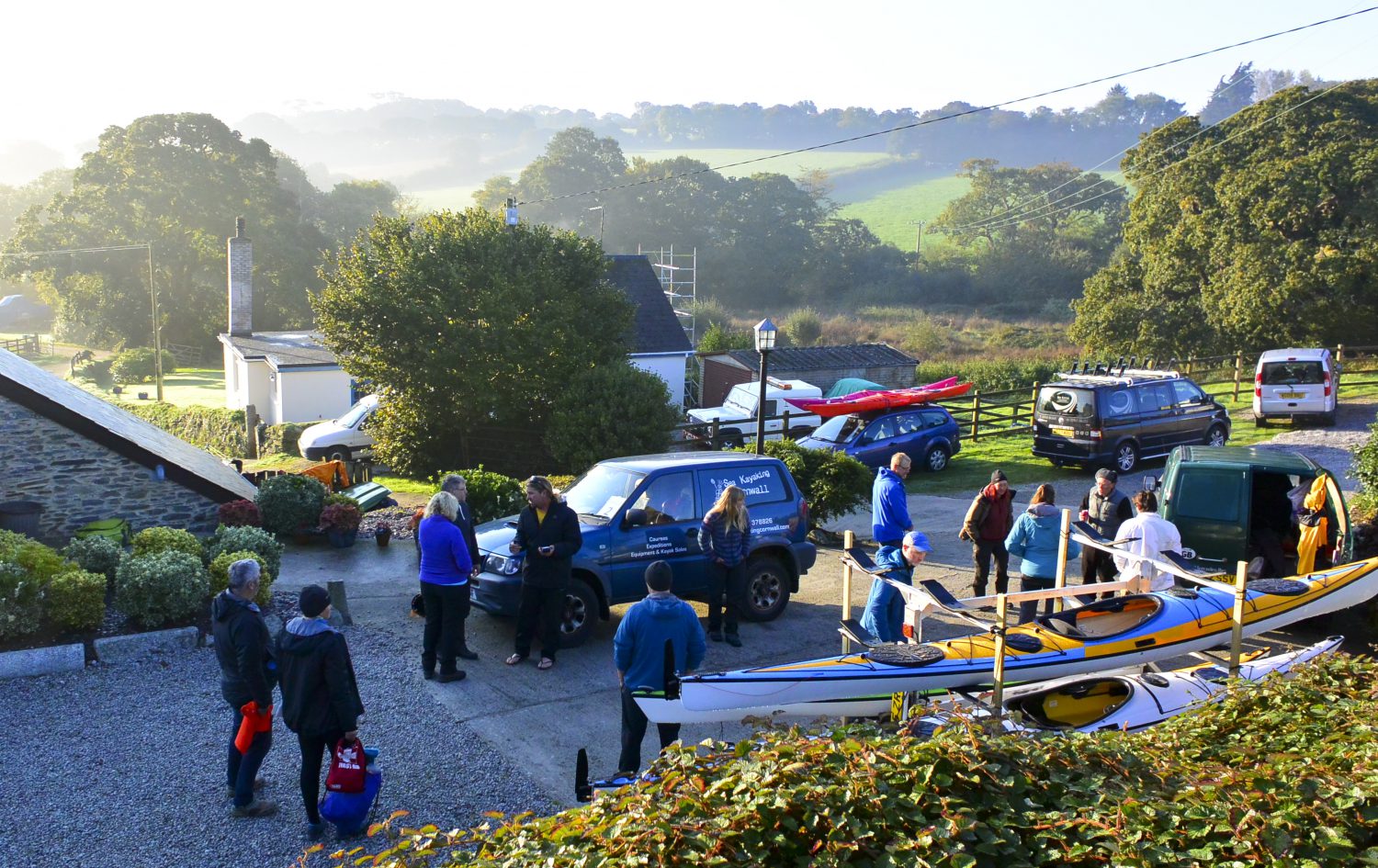 Misty morning and the group gathers for a morning brief. 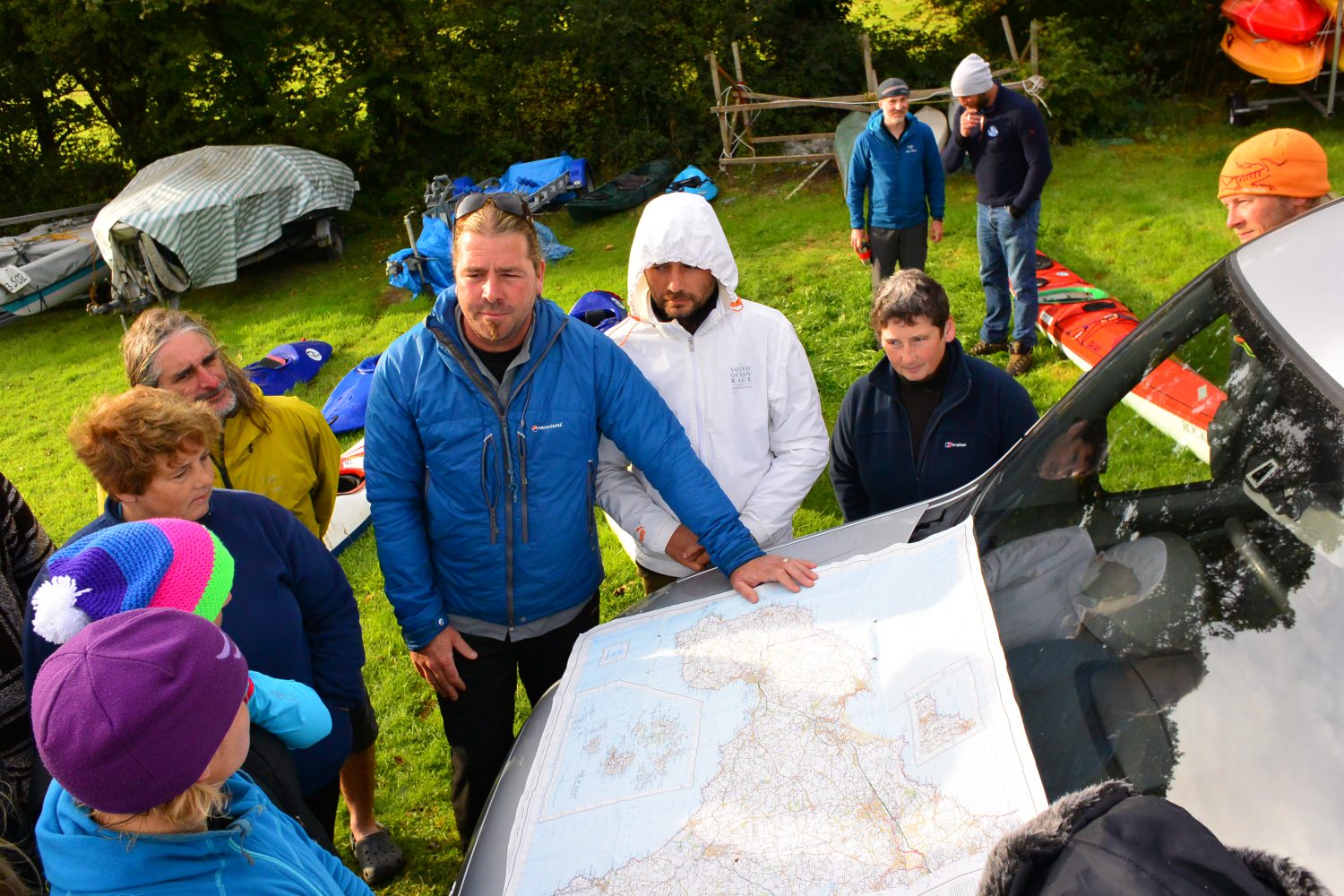 Planning with Shaun Rodgers, known in Sweden as Bamse, who were our head coach during the course – Advanced sea kayaking. 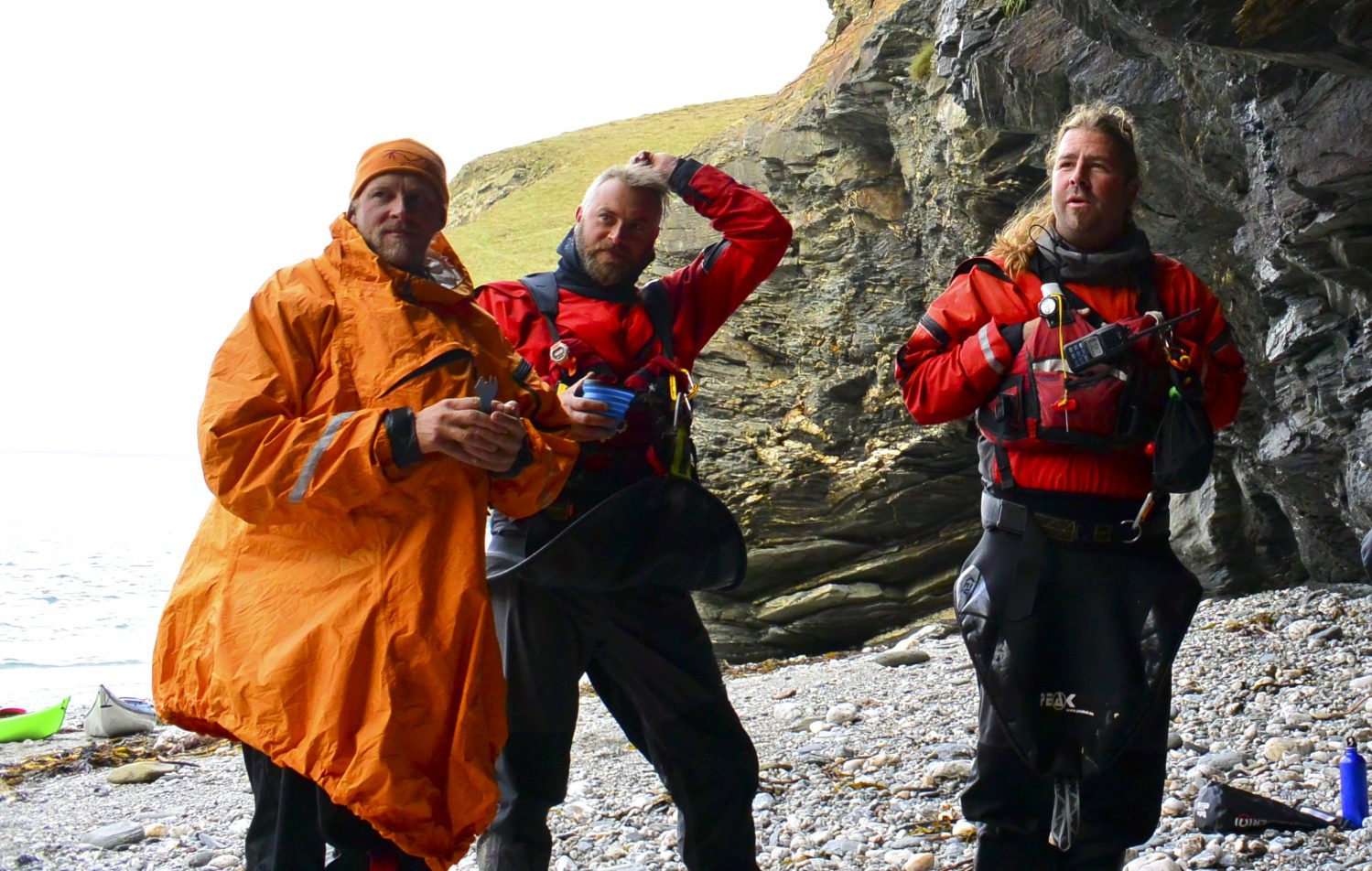 Three of our four coaches, Mirko, Ben and Shaun having a fika! 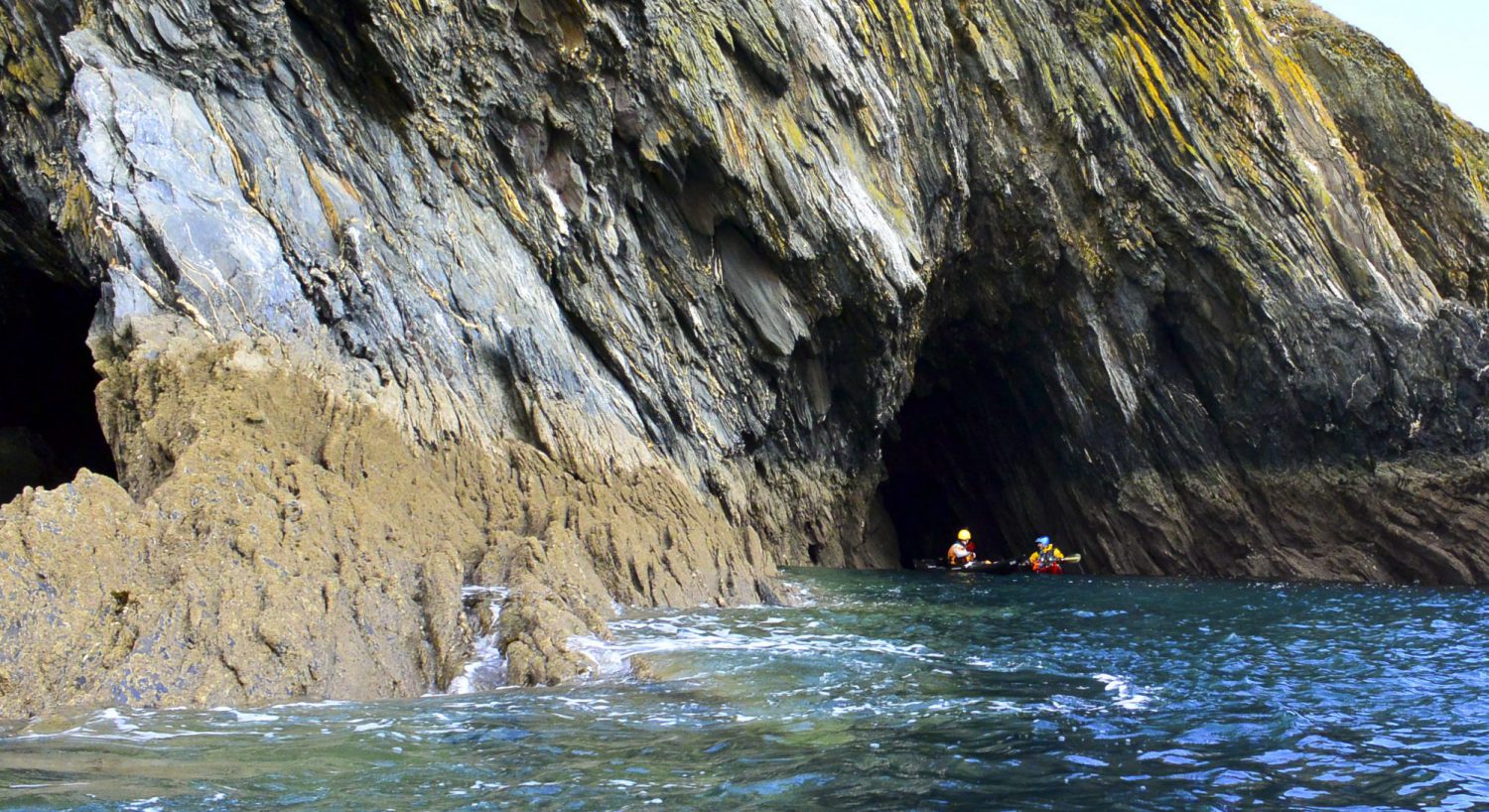 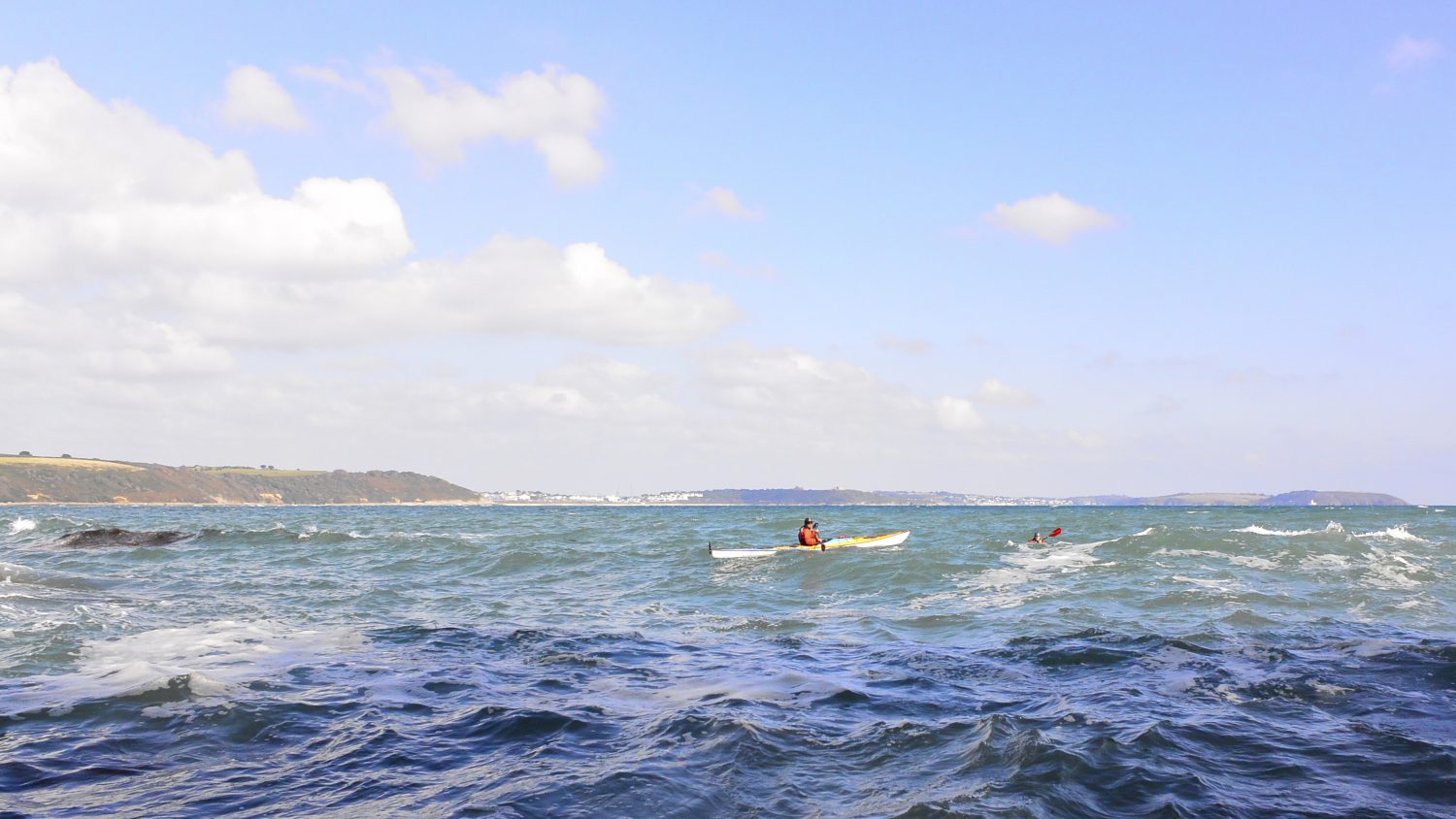 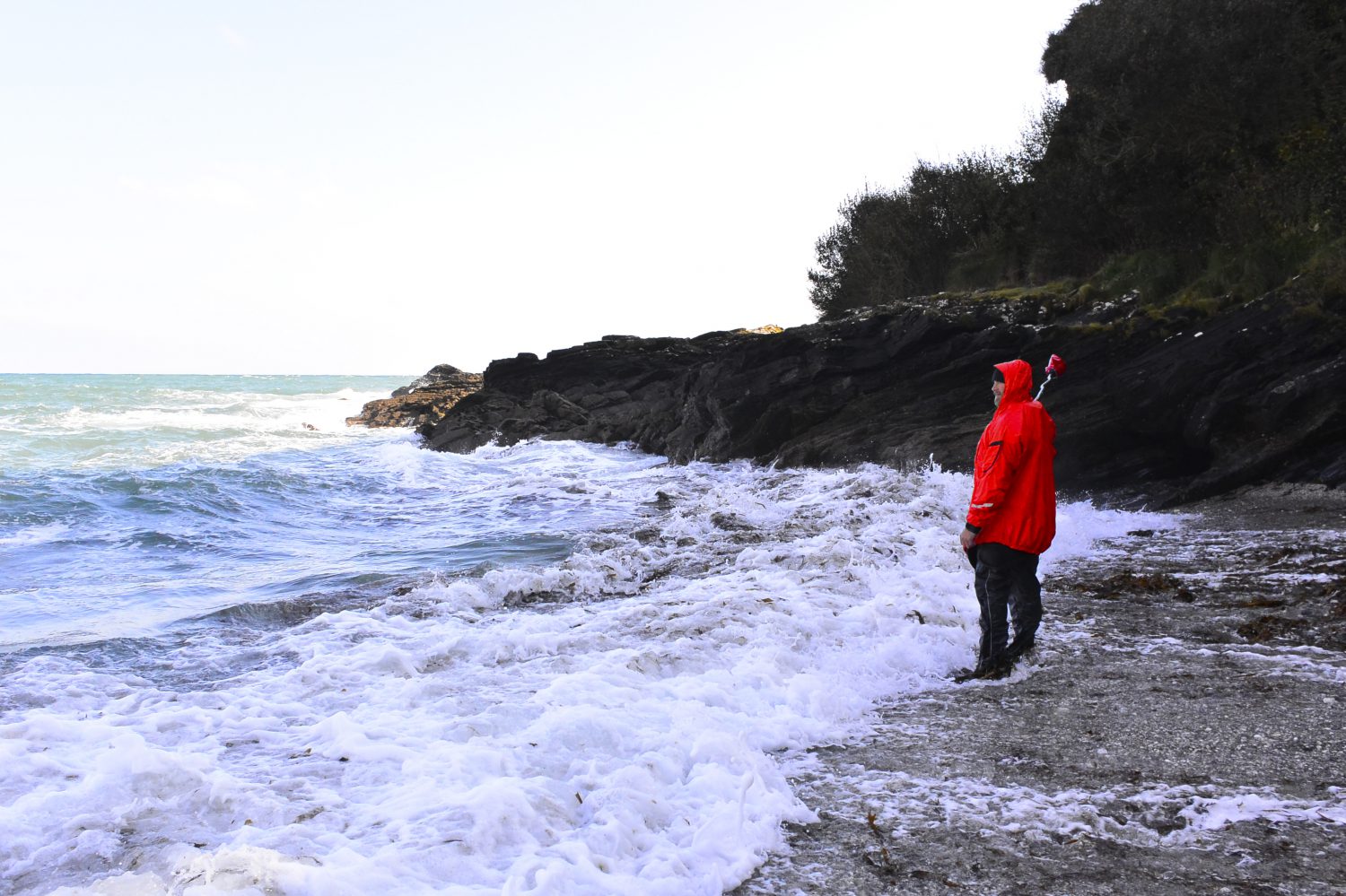 Ben, one of our coaches, assists on landing in surf. Paddlers left is suggested. 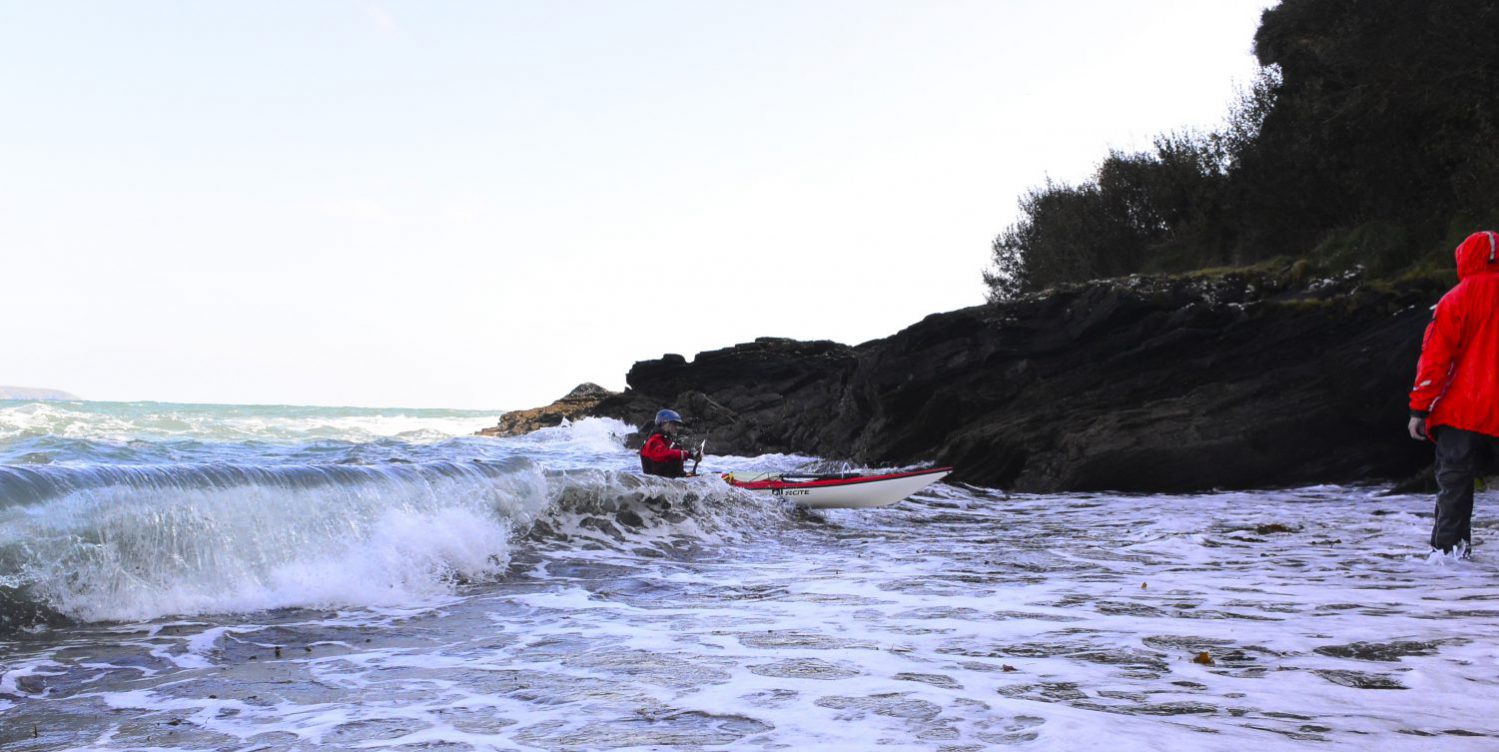 Safe landing means no surfing. Here by Phil, another of our coaches. 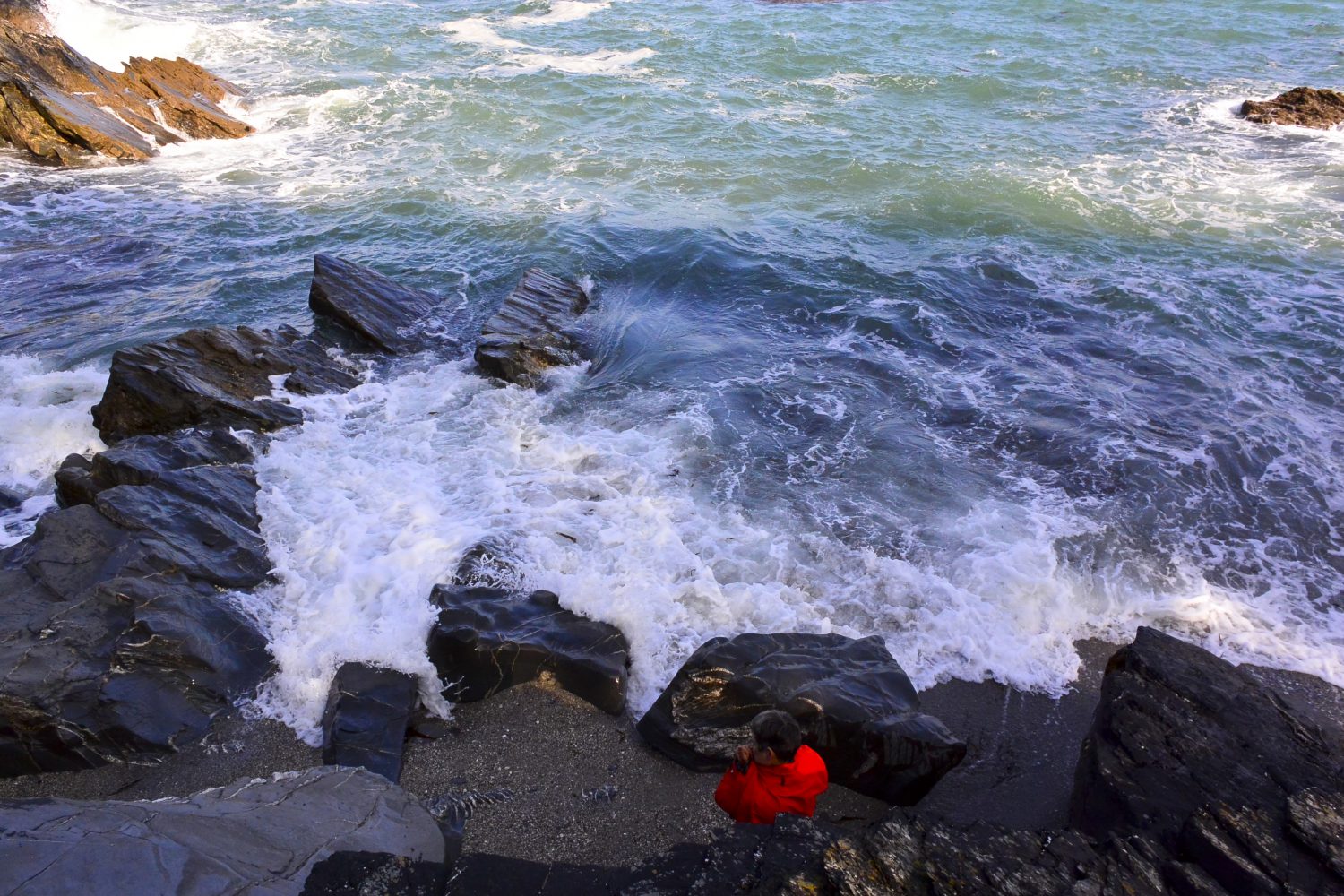 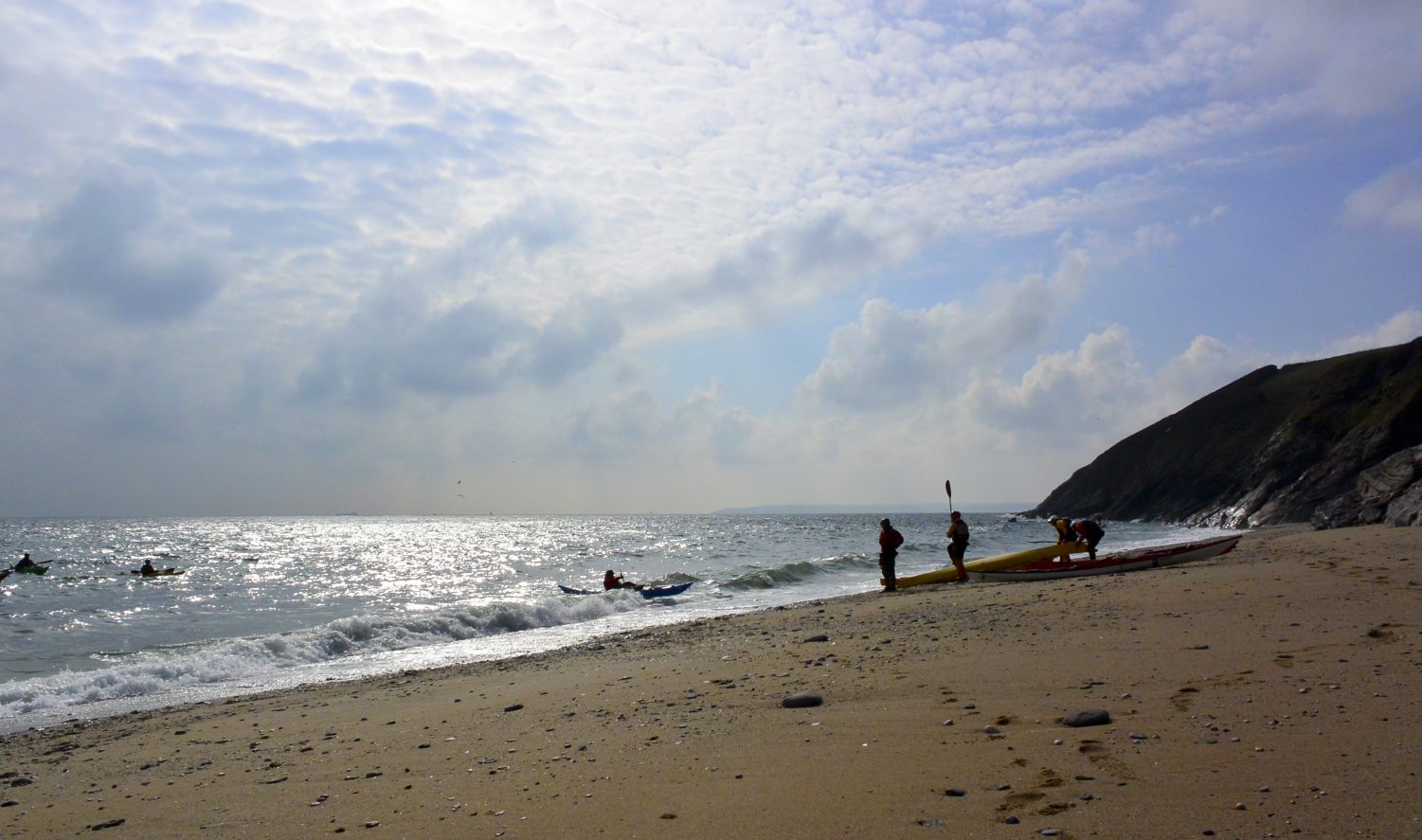 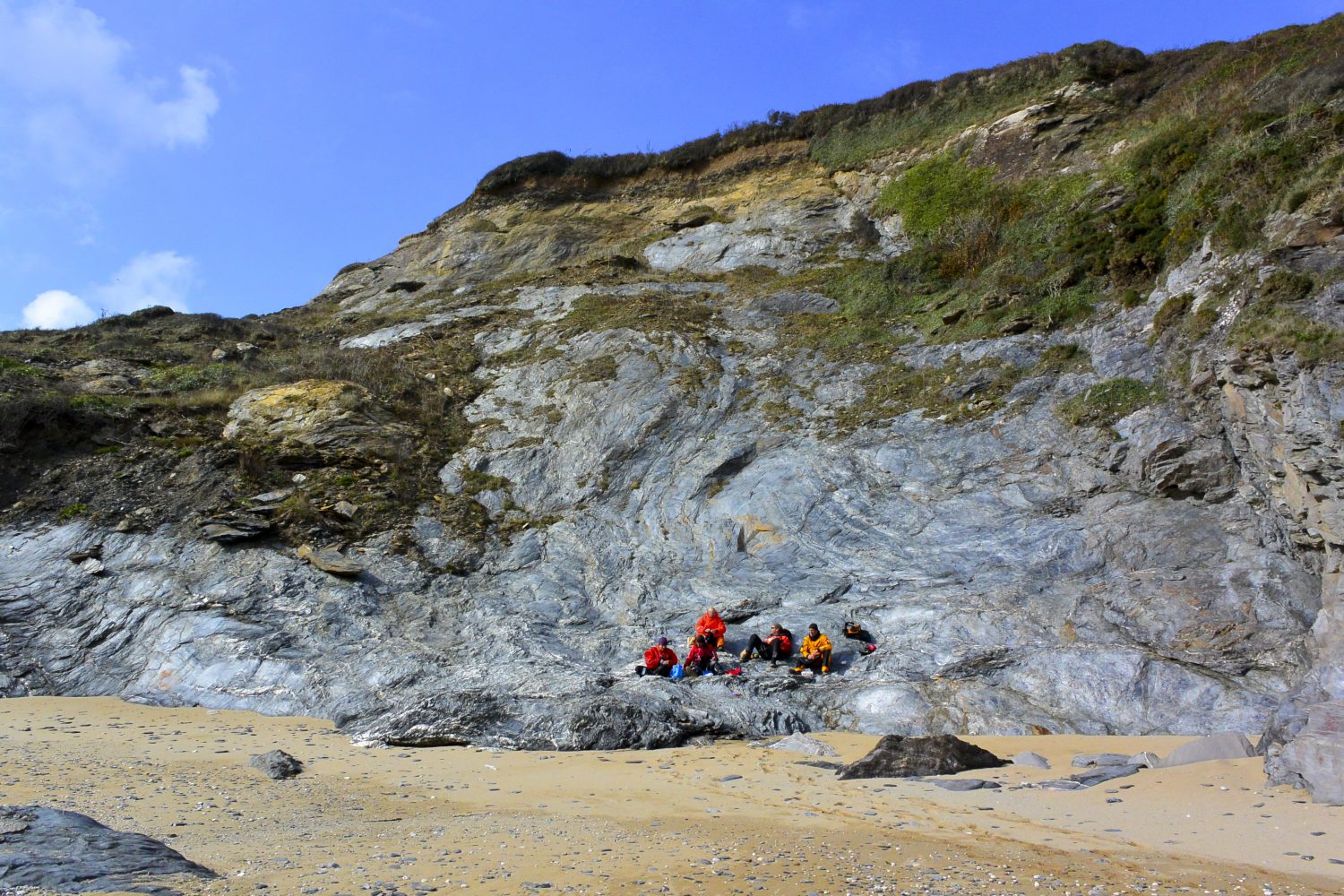 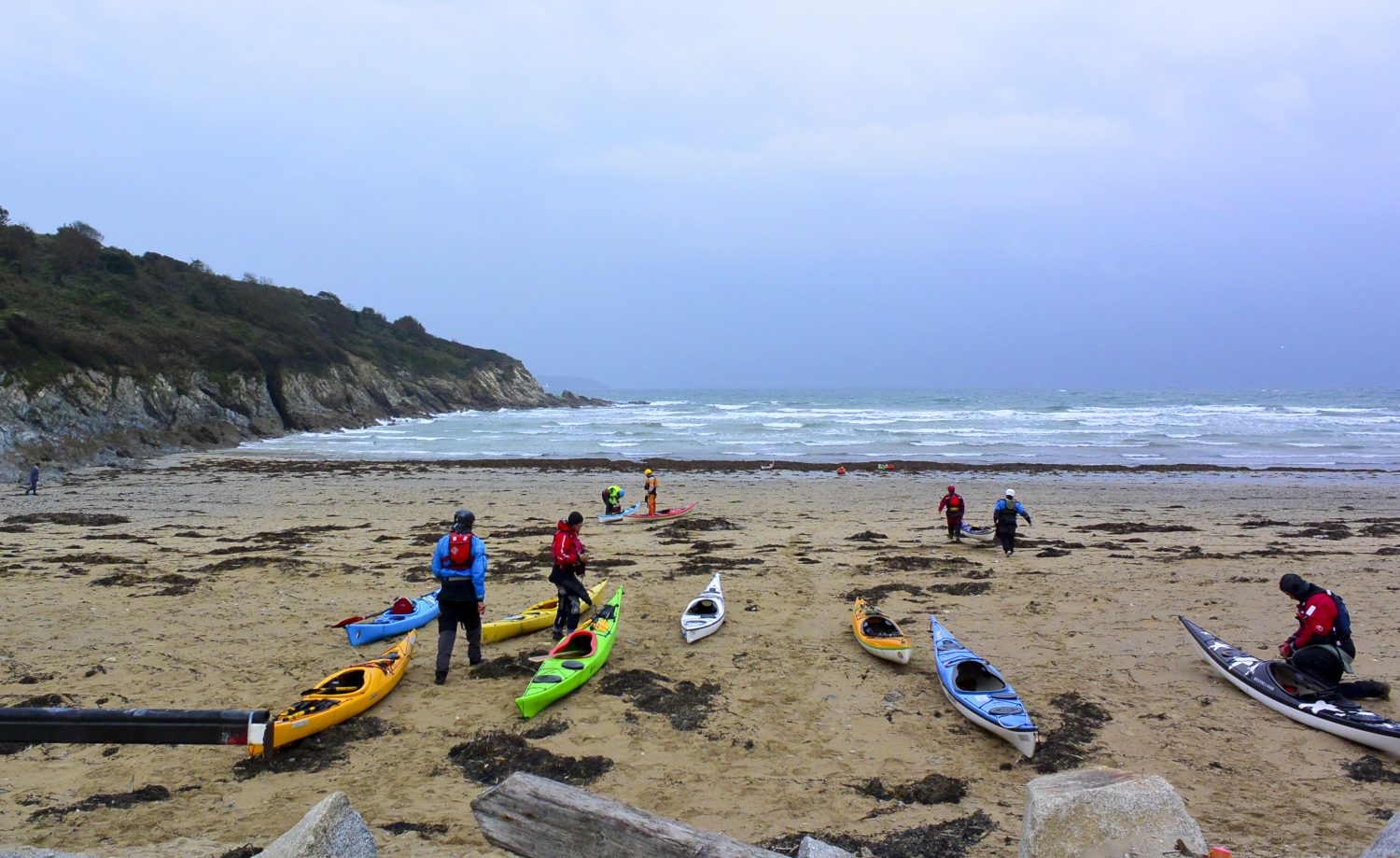 Surf´s up on Maenport Beach. Shaun made us swin in the waves first, then we launched our boats and spent the day doing surf rescues. Yeah, we did catch some proper waves to. 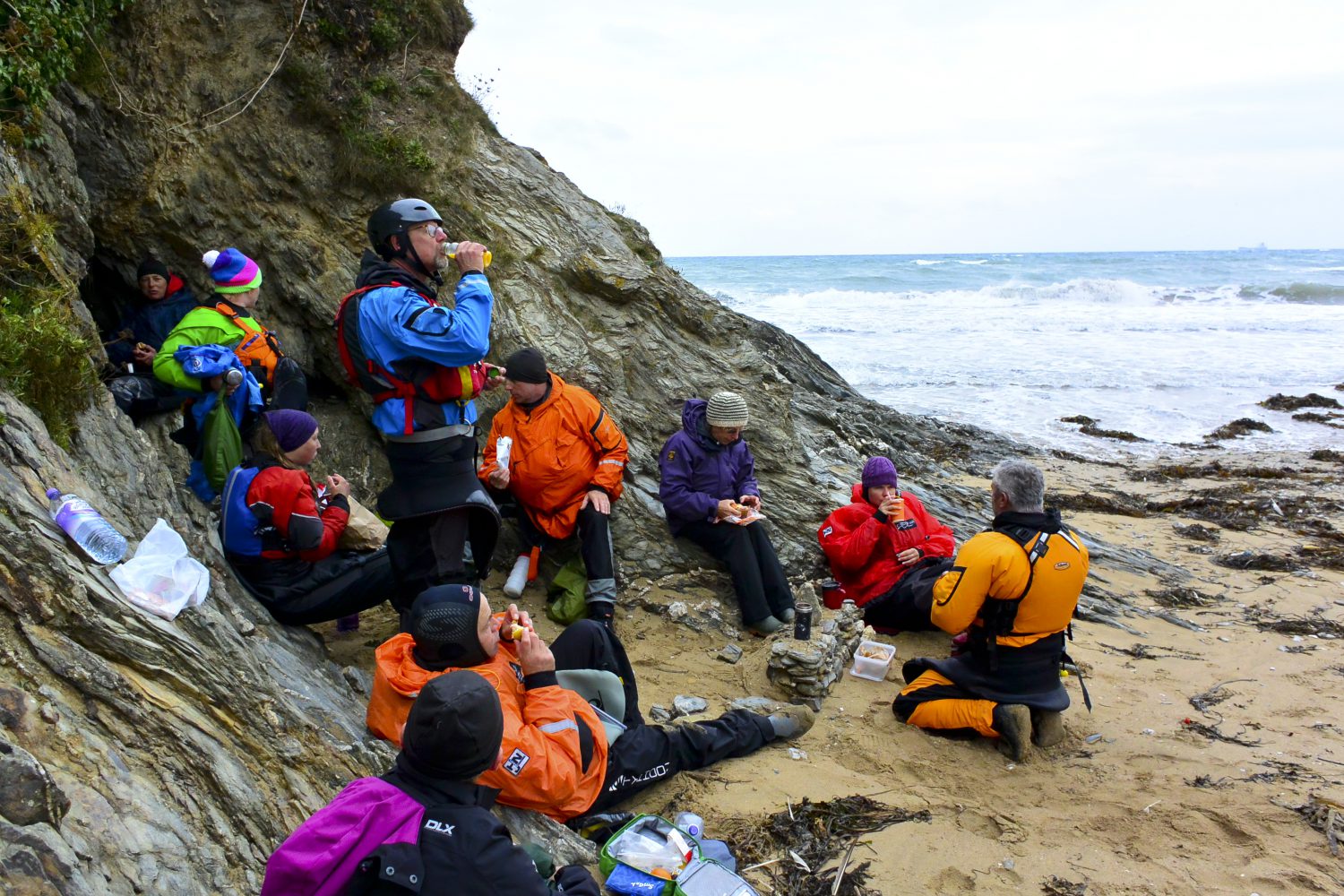 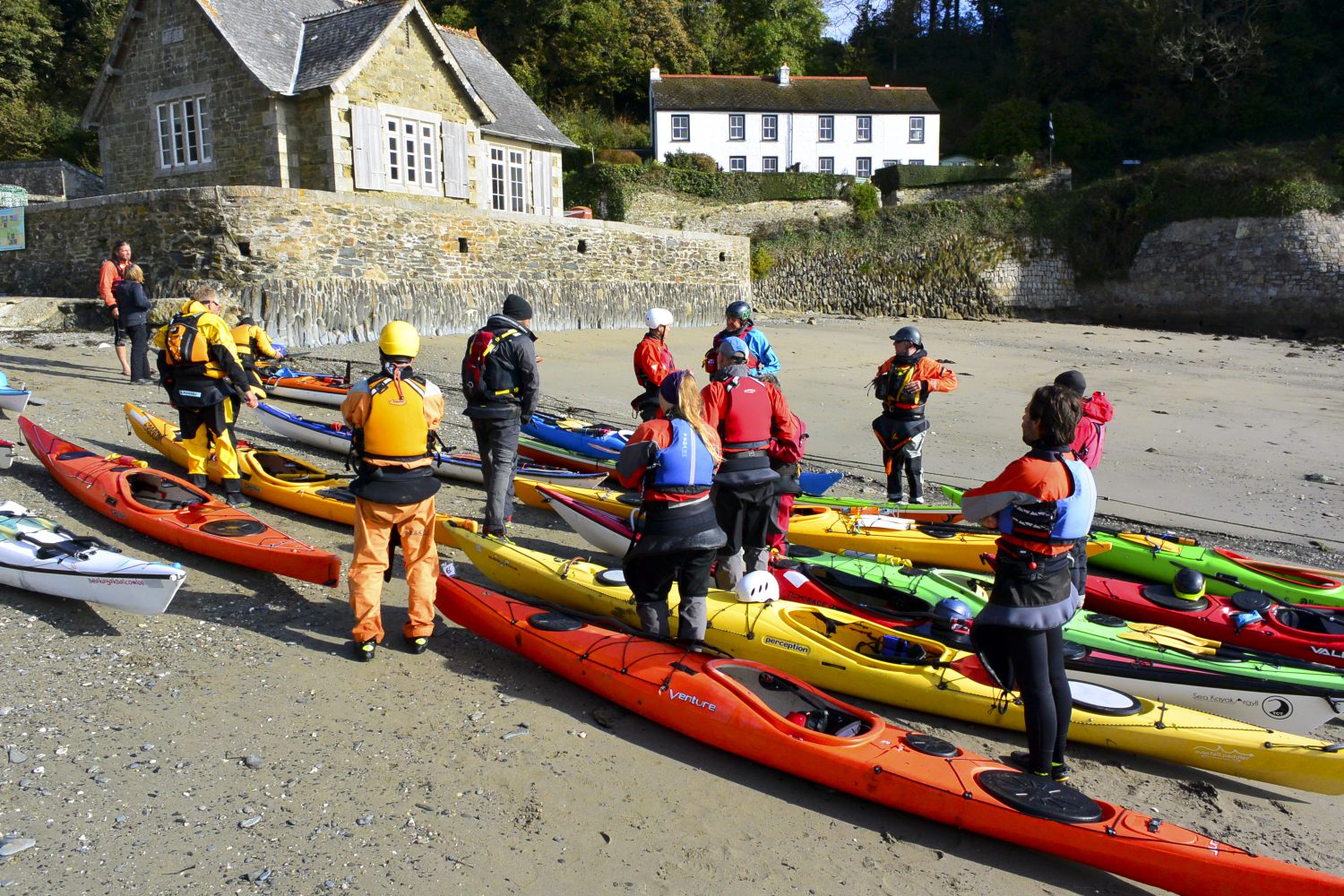 Launching at Durgan, a small village with 5-6 inhabitants. 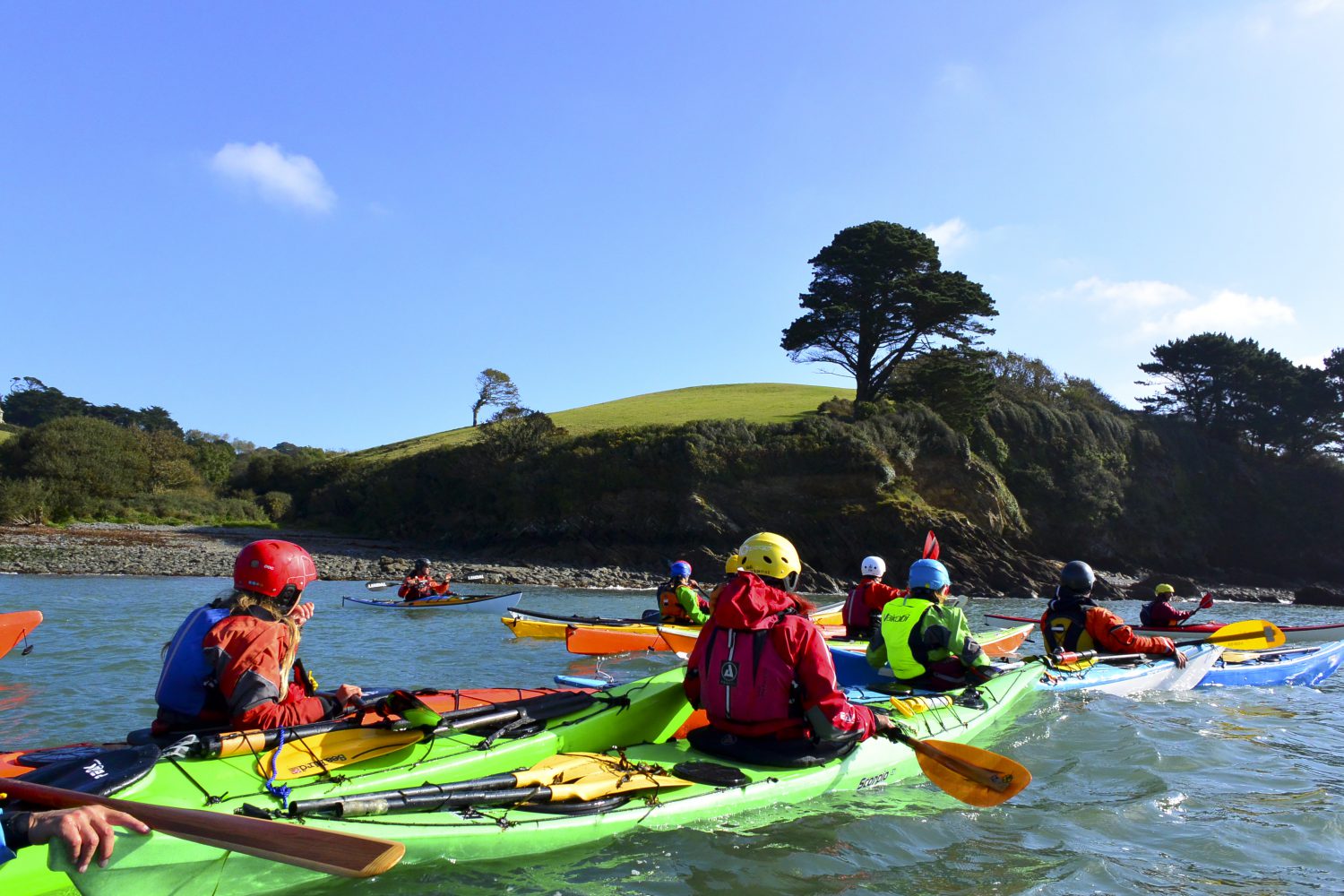 Instructions in calm waters before we went for the rock hopping around the corner. 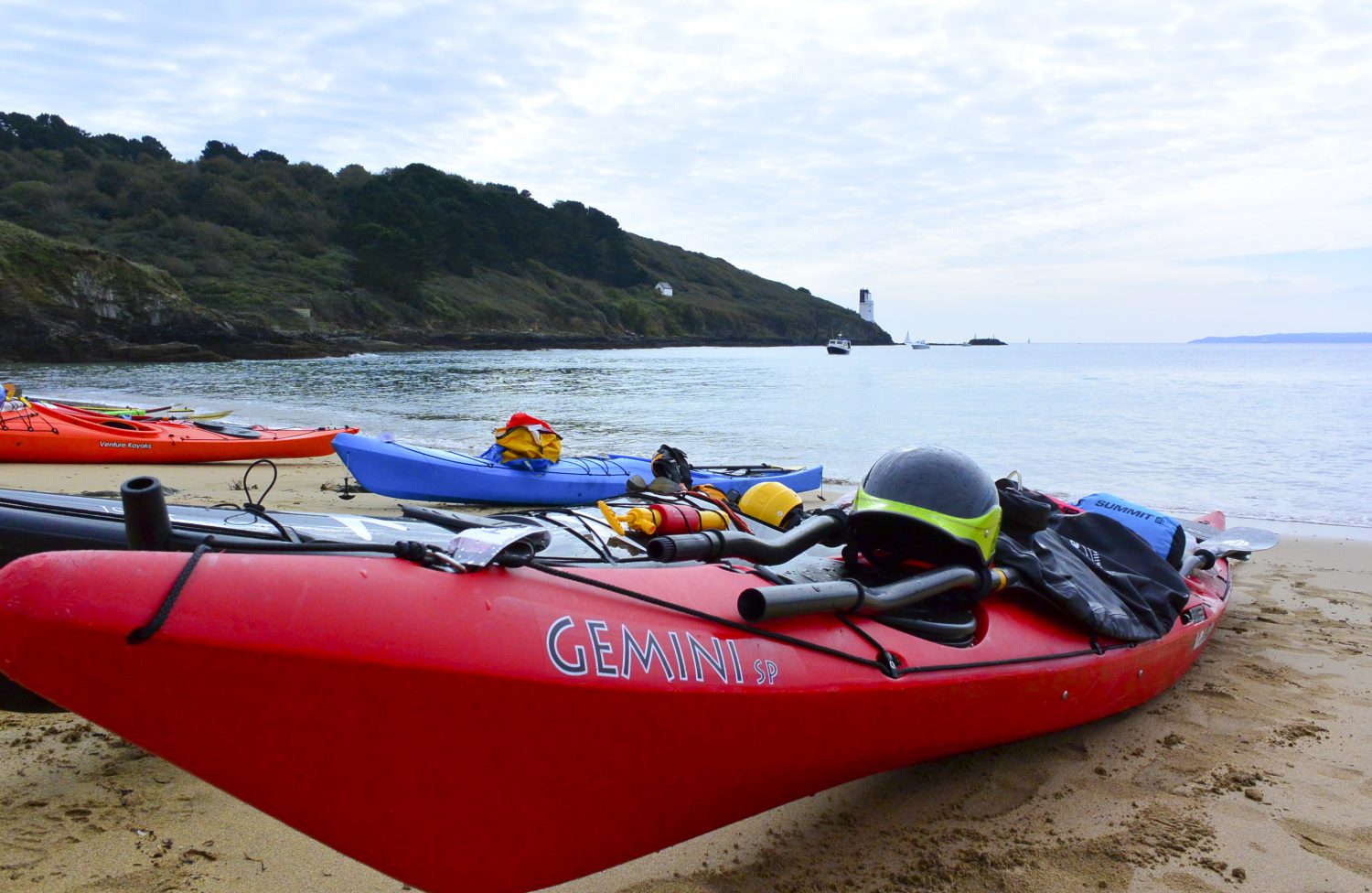 Daniels Gemini that he kindly let me use during my stay in Cornwall.

Would have been great to have pictures from the great surf we had, or the awsome rock hopping and of course all the rescues in different environment that we worked on during the week. But in those conditions loose items on deck were not an option.

Am I going back to Cornwall? Absolutely. I loved the surrondings, we had great conditions and the guys, Shaun, Jeff and Simon, behind SKC are very freindly and proffesional. I will also give a Big hand to Shaun, Ben, Mirko and Phil, our coaches. Hope to see you guys again. And all the course members that made the week a blast.